Displays often come into contact with objects such as keys or pens. A global logistics company has been relying on our professional display protection for years, using MDE, handheld or industrial smartphone device displays from Freight deliverers or logistics employees with display protection from Neoxum to be equipped before being issued to the employees. Also in internal logistics, terminals of forklift trucks but also tablet PCs and notebooks, which are used in everyday life in warehouses and logistics, are protected by our display protection for a long time. Ask us for our references! 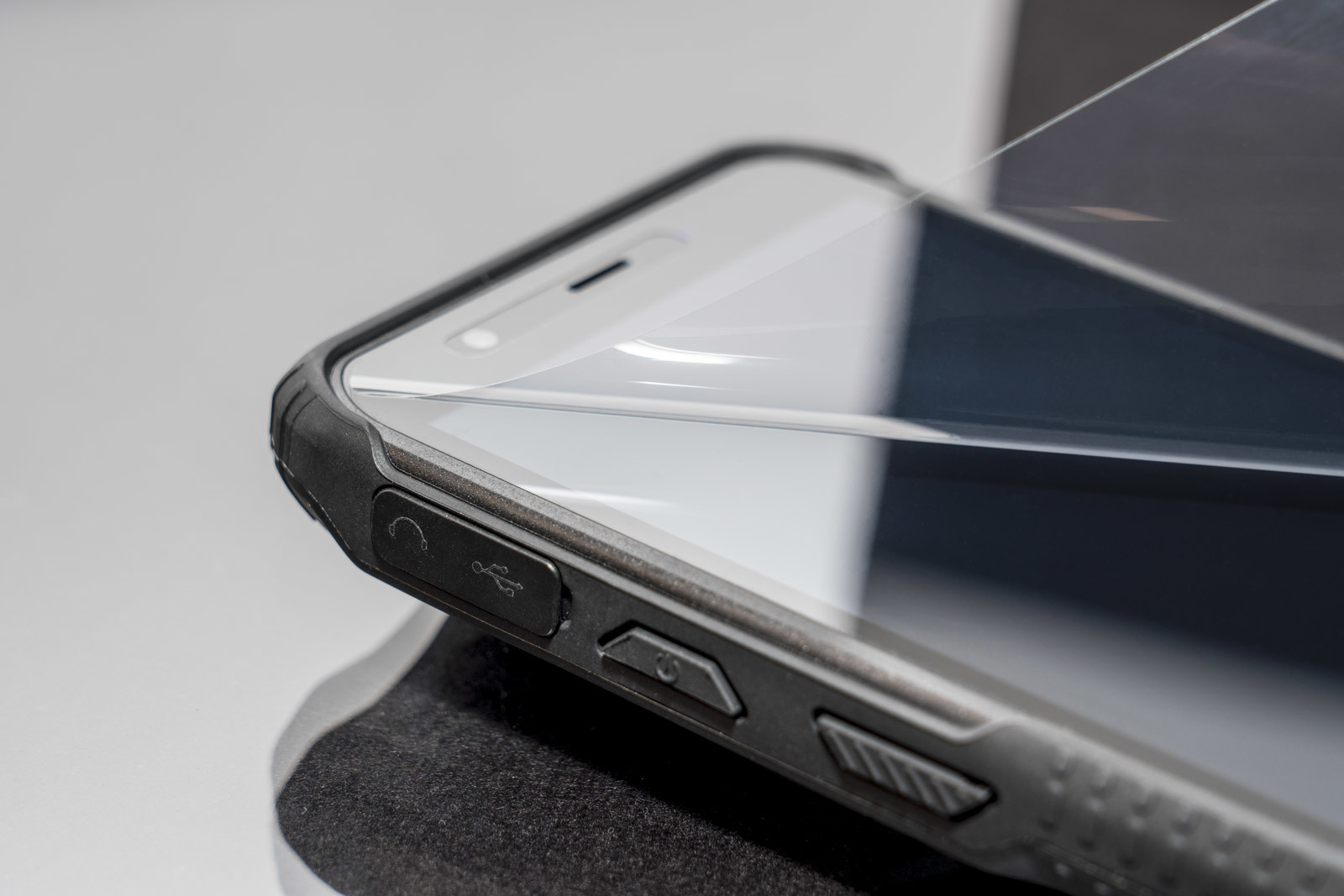 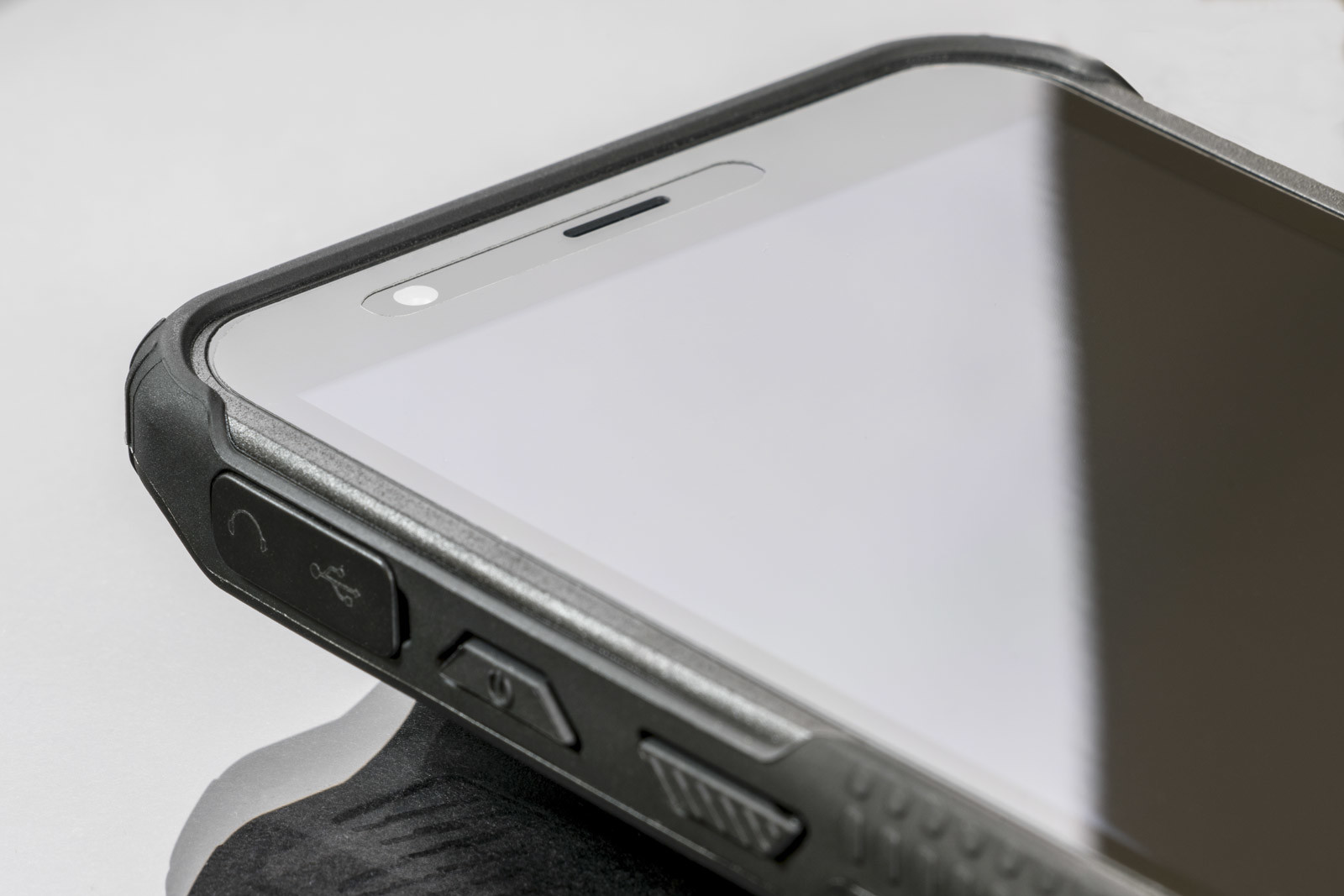 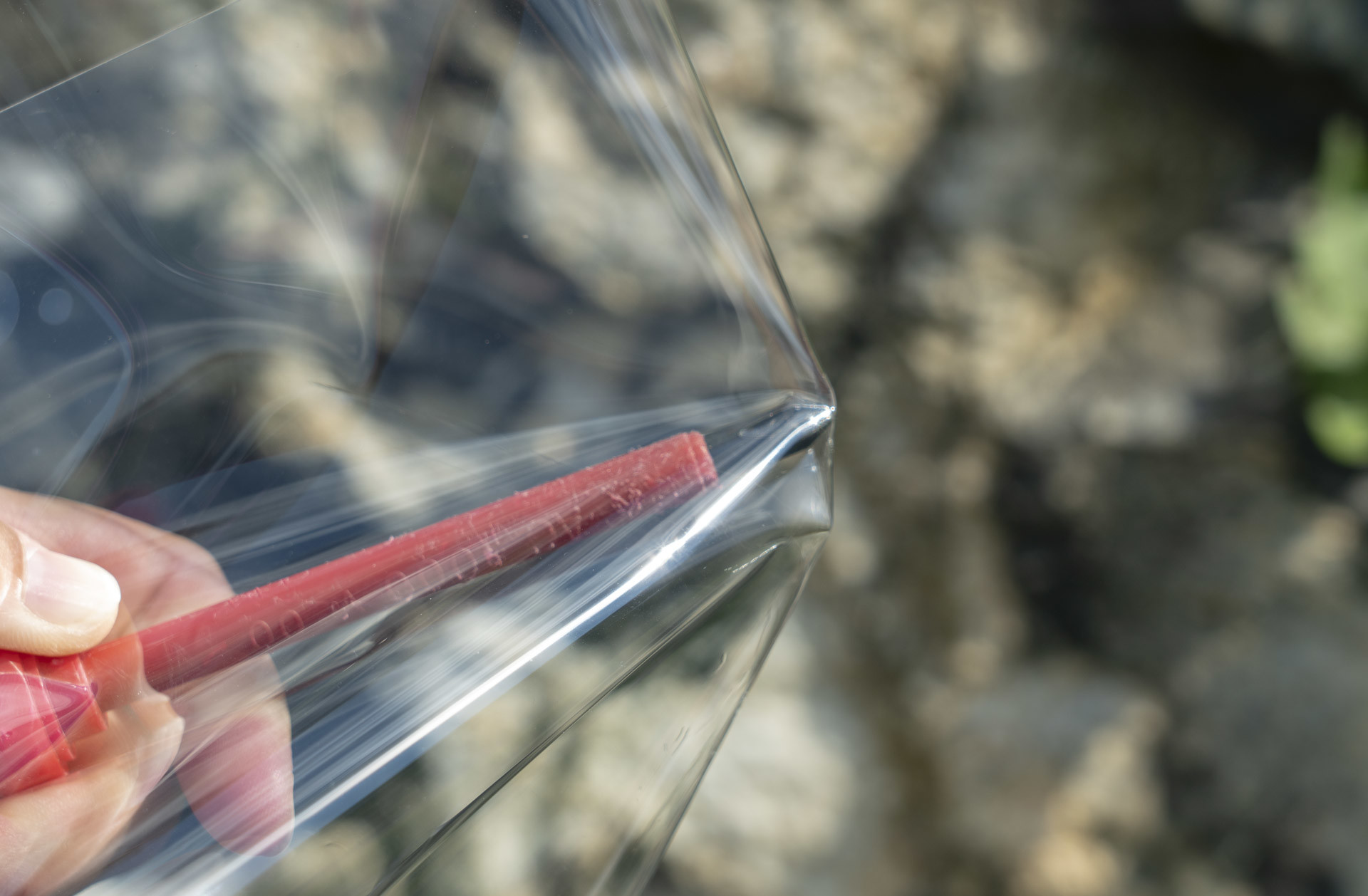 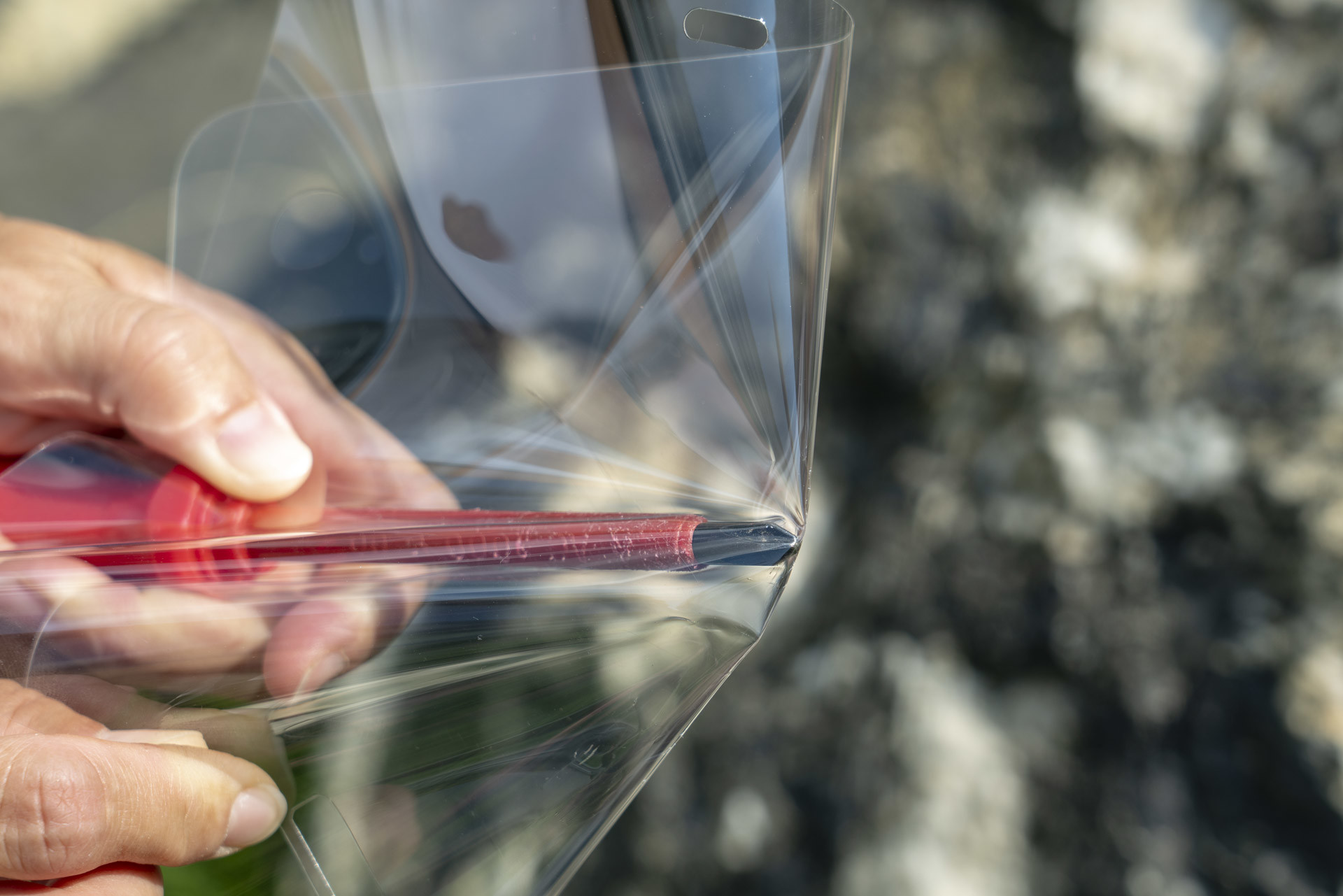 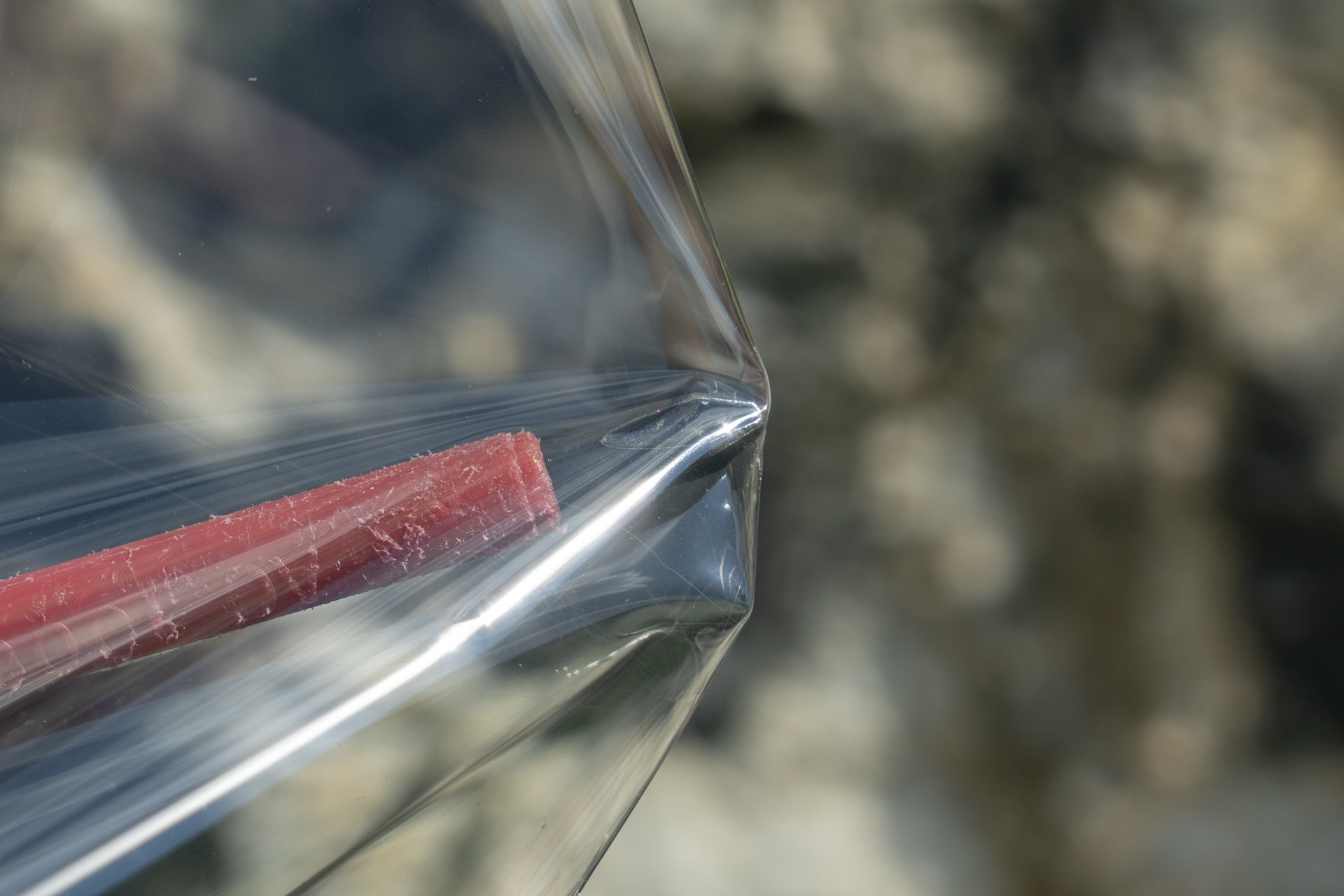 The AS (anti-scratch protective film) from Neoxum protects displays without anti-glare effect. A special polymer provides an extremely high transparency of the protective film on the display or monitor. After application, the transparent film is (almost) invisible and only at the edges you can see that a 0.13 mm thick protective clear scratch protection has been applied at all. The product photos of the transparent display film show that there is no perceptible change in the brightness or brilliance of the display. Measured values of the optical behaviour prove the subjective perception of the high transparency.

The light transmission was determined with the aid of the UV-VIS spectroscopy which are usually used to record molecular spectra to determine the molecular composition of a substance or substance. Molecules or groups of the substance interact with the energy of the irradiated visible light. If an interaction takes place, part of the energy of the visible light is absorbed by the substance or substance. This absorption of energy manifests itself in the UV-VIS spectrum in that the spectrum experiences a dent downwards and on the Y-axis the transmission is significantly reduced.

In the case of the transparent, as well as anti-reflective display foils of Neoxum, there is virtually no absorption of energy in the visible range of light between about 400 and 800 nanometers. The films are therefore extremely transparent.

As can be seen from the above spectrum in the visible range of light (approx. 400 - 800 nanometers), the transparency is consistently around 92 - 94%. This means that there are no colour distortions in the visible range and the 0.13 mm thick display film is extremely translucent. Only the thickness of 0.13 mm is responsible that a small part of the light is absorbed. This minimal absorption can be compensated very easily by a minimal brightness adjustment of the display. Internal tests and a lot of feedback from our customers, such as a global publishing house that has purchased thousands of display protection films for Apple iMac devices, are completely and exclusively positive with regard to the light transmission, or brightness of the display with applied display protection from Neoxum. Many hobby and professional photographers also report that Neoxum display films do not falsify the colour authenticity and that the brightness of the display is not important. The focus is on perfect scratch protection for sensitive camera displays. 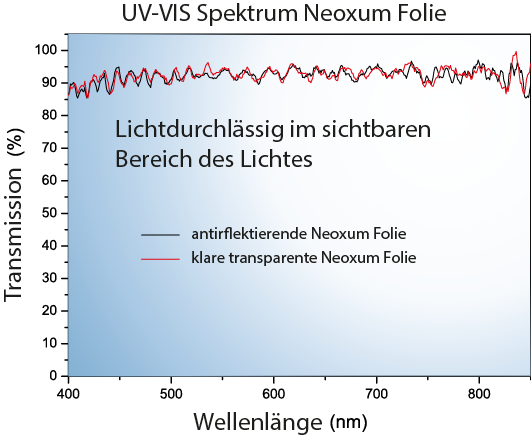 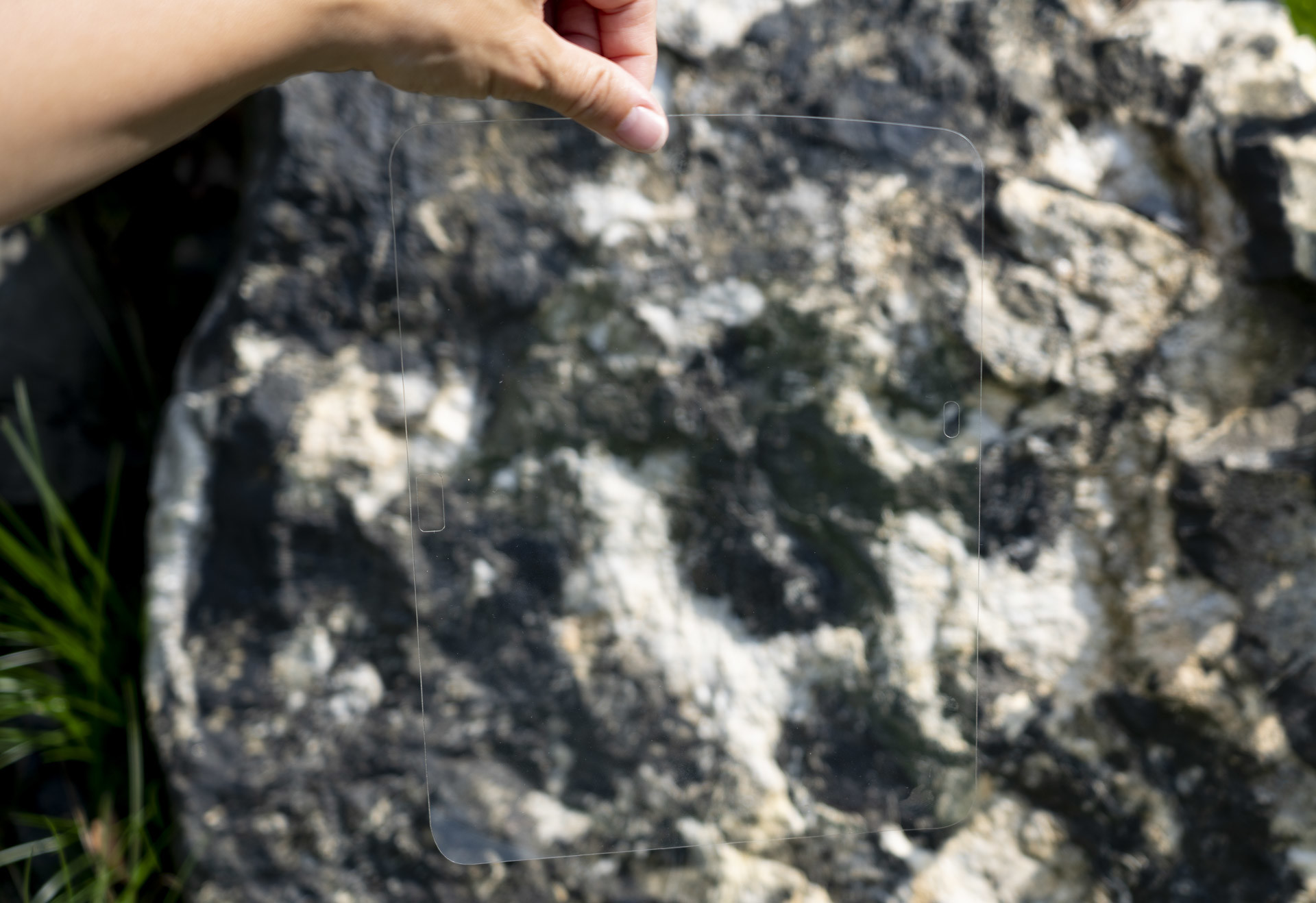 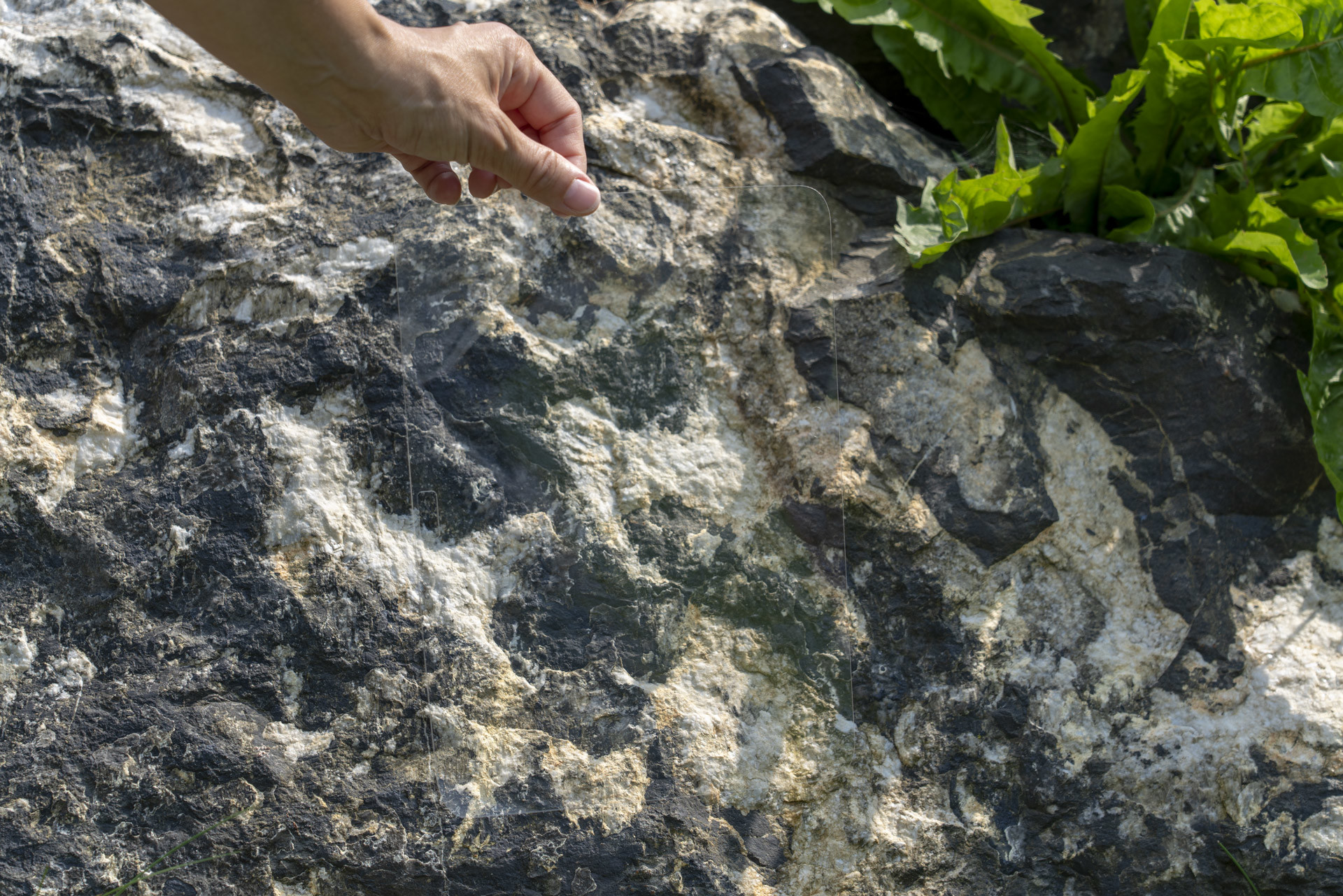 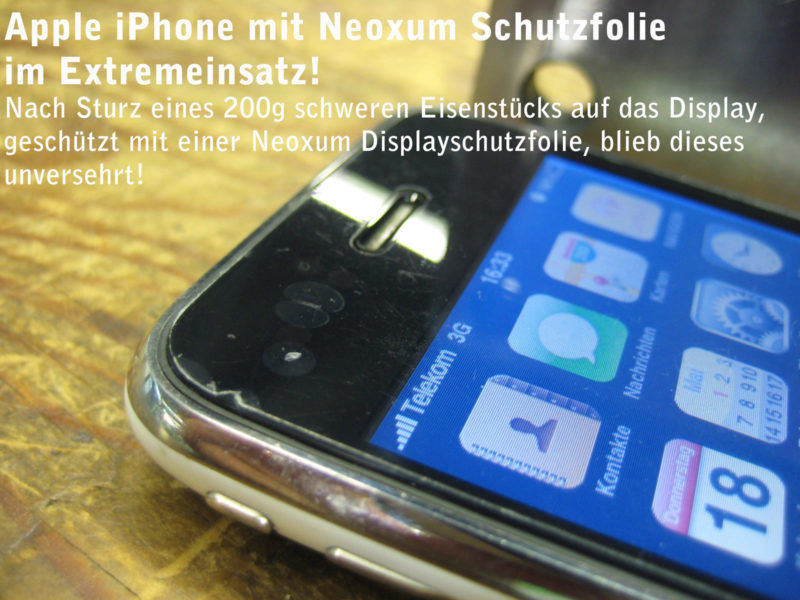 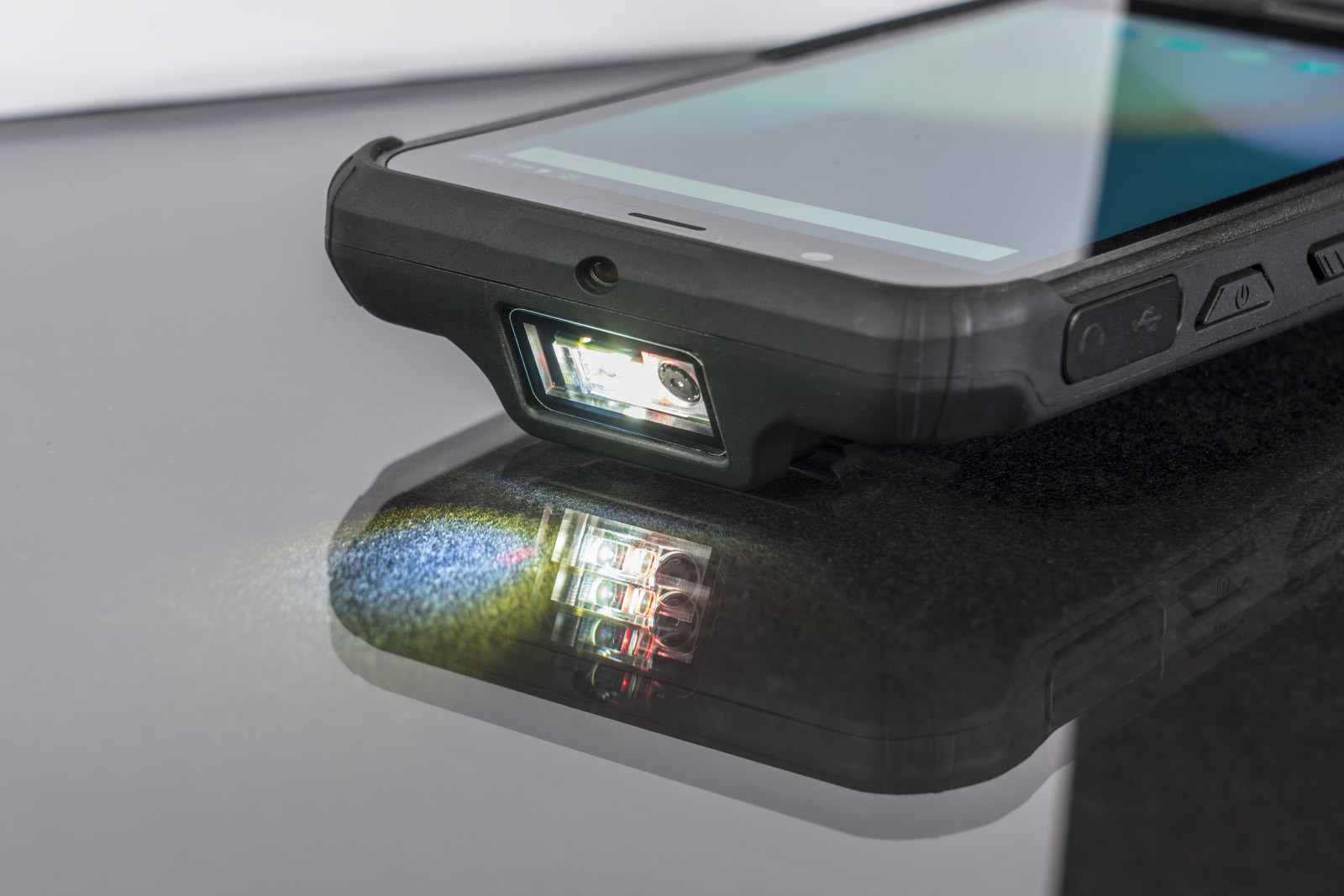 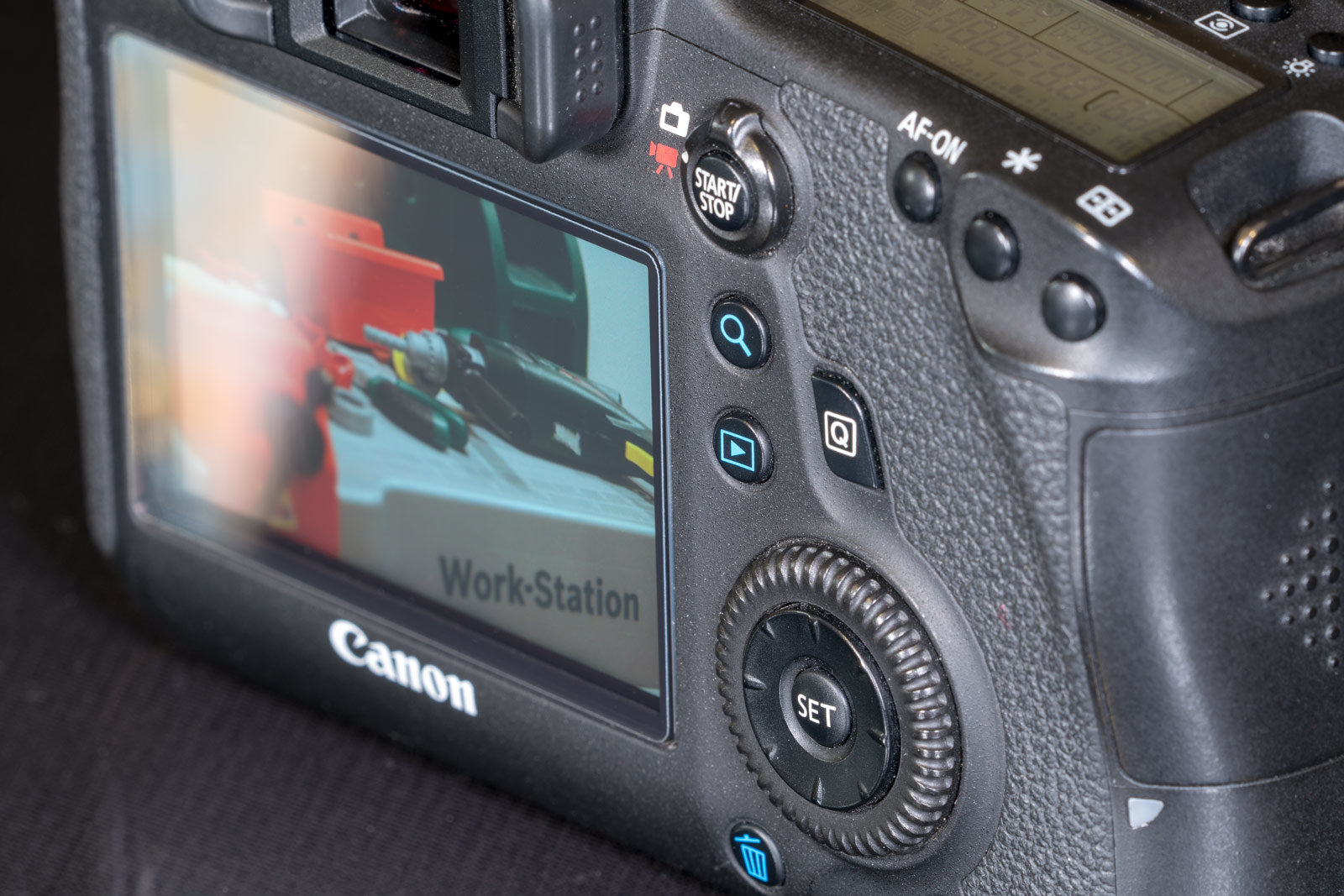 Both the Anti-glare film as well as the crystal-clear display film from Neoxum are extremely temperature-resistant. Neoxum display protection films in industrial quality are temperature resistant between -35 °C and +110 °C and protect sensitive displays in cold areas, such as outdoors, as well as hot conditions, such as industrial panels in steel production.

Independent tests of our customers in the cold chamber show that Neoxum display films function perfectly even after extreme temperature loads and reliably protect touch screens or displays from mechanical damage even in cold weather. Thanks to the special polymer, our protective films remain dimensionally stable and flexible at high temperatures or in the cold. A display protection based on pure glass, such as typical bullet-proof glass, becomes brittle at low temperatures and can splinter more easily. The anti-glare film retains the anti-reflective properties of the film surface even after many load cycles. Our transparent and crystal clear display protection film retains its high transparency and does not become cloudy even after many stress cycles.

Our display protection films adhere exclusively via physical adhesive forces. Neoxum films "stick" to the surface via a kind of "suction foot in the nanometer range". No adhesive is used which would lose its adhesion very quickly under UV radiation, cold and heat. This Adhesion is a fundamental phenomenon on the molecular level, which arises from interactions between interfaces. The silicone layer of the Neoxum film ensures that the protective film adheres very well to almost all smooth materials, such as plastics, glass, painted surfaces but also polished metals.

Neoxum foils can be easily removed from all surfaces without leaving any residue.

Your question to us

We will be happy to answer any specific questions you may have about our products, especially about the clear display film. With the support of our vast experience we have already implemented many demanding projects for our customers. Our competence in the field of professional display protection films is based on a deep understanding of materials, our own product development and a high affinity to develop solutions for the requirements of our customers. We then produce these directly at our location in Bavaria on laser systems.

Data protection and SSL encryption of the Neoxum website

The data transfer on the Neoxum.de website uses SSL

encrypted instead. A strong 256 bit encryption secures the data transmission. With our externally issued SSL certificate we are transparent and compliant. Besides the SSL secured website we take data protection very seriously. Data protection under the basic data protection regulation is a matter of course for us.